In about mid-September the pumpkins start showing up in the stores around town and I am always excited to see them!

I love everything about pumpkins. I love using them for decorations. I love rearranging them and taking pictures of them. I love that they are an indicator that cooler weather is coming. And I love eating pumpkin bread, pumpkin muffins, and drinking pumpkin spice lattes.

Two advantages of using pumpkins as decorations is that they last a long time and they are fairly reasonably priced. I bought 3 small to medium pumpkins for less than $10 and they will be a welcome table arrangement until Thanksgiving. I often pair them will popcorn kernels or dried ornamental corn on the cob, which will last year after year. I just make sure that I store the dried corn on the cob in a cool, dry place for the next year.

They also have the added benefit that they are a colorful, low table arrangement (less than 8 inches tall) so you don’t have to look around the decoration to have a conversation across the table.

What about taking some still life pictures of the pumpkins?

In this first picture, a straight shot, I wanted a shallow depth of field so that the focus would be on the pumpkin. I also wanted a fairly dark image with just a few things highlighted. I wanted a very muted reflection on the bottles in the background.

Materials in the photo above:

A quick video of the setup

In order to use natural light, I set the still life arrangement up during the day next to a door with a large window. Even though it looks like the light is falling directly on the set in the video, it is not. The indirect light is coming in the window, but the sunlight is not hitting the table directly.

I put the small cast iron skillet upside down with the pumpkin on top very close to the front of the table top closest to the camera. The bottles are arranged as close to the back as I can get them, but I made sure that you can see the highlight from the window on each of the 3 of them.

I draped the strand of leaves around the back of the bottles and then placed the other strand from the back, near the bottles, to end just in front of the pumpkin. Afterwards I placed the fallen yellow leaves that I had collected and in with the strands of leaves randomly.

Because I am not trying to stop any motion and I am using a tripod, I started with an ISO of 100.

The f-stop of 1.8 allows me to get a shallow depth of field with part of the pumpkin in focus and the rest of the thing in the background are blurred.

Starting with a shutter speed of 1/200th, I kept taking pictures, looking at the images, and adjusting until I landed on 1/400th, which was my favorite.

So here is the arrangement of the pumpkins that sits on our table. However, as you will see below, I photographed it while it was sitting on the ground on a wooden surface that I made.

This arrangement has the following materials:

A quick video of the flat lay

With the lens I have, in order to get a true flat lay, I needed to be about 6-7 feet above the arrangement, so I had to put it on the floor. After putting the wooden surface on the floor because I really wanted take a picture from the top down, I organized the basket with the pumpkins, squash, and leaves.

The first time I took the pictures, I made sure that my dogs were outside because one of them loves to take things from my arrangements!

After standing carefully in a chair, I took the picture from directly above.

Because I didn’t want such a shallow depth of field and I preferred for more of the arrangement to be sharp, I changed the f-stop to 6.3. This time I am hand-holding the camera so I have to be very careful to stand still. My focus was on the dark green and orange pumpkin at the top of the basket.

THE DANGERS OF PUTTING A FLAT LAY ON THE FLOOR

Without thinking, I let my dogs back in the house before I had finished taking all the photos that I wanted. Chaos ensued! The white one was brazenly sniffing the pumpkins while I was standing on a chair trying to take the pictures!

After I shooed her away, our other dog, aptly named Bandit, slipped in, snatched the smallest pumpkin, and ran outside to eat it!

I hope I have inspired you to take some pictures of one of my favorite vegetables…without your pets!

Get all the latest goodness straight to your inbox! 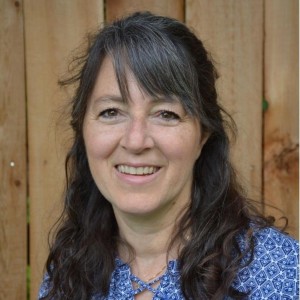 As a wife, mom, and teacher, I have spent the last 7 years developing art curriculum that includes and integrates topics in History and Science.

Feel free to use these tools to decrease your planning time! Read More…

Dangerous Desserts...I started with an idea to mak

October was made for pumpkins! Each year I buy pu

Fall is here and I am so excited about all things